Psalm 69:19 "Blessed be the Lord,who daily loadeth us with benefits,even the God of our salvation. Selah"
The past month has gone by so quick I am amazed how fast the time goes anymore,or a pastor friend said it's not that time is going faster it's just that the older you get the slower you go.


I want to say ''THANK YOU'' not only for your willingness to be part of the ministry in Malawi,but also for hearts to serve the Lord and your desire to reach the world with the Gospel of Jesus Christ. 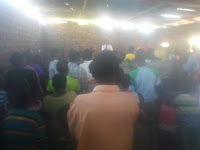 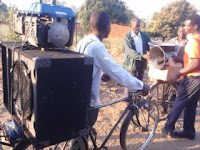 I consider you to be my heroes,you're God's Green Berets ...........the redeemer's rangers ...........the saviors forces.I owes you and others like you a tremendous depth of gratitude for your willingness to help us to reach the regions beyond.

We thank God for using our lives to His own glory and honor. We reach thousands of unreached people with the gospel truth each month and many of them accept Christ as their Lord and Savior,thereafter we baptize them as our Lord commanded us (Matt 28;19).

It is also huge blessing to be part of Bread of life Bible Institute here in Malawi.The men are eager to learn more about God.It is my prayer that God may open all the doors and give wisdom to me to go through them according to His will and time.Luke 14;28 ''For which of you, intending to build a tower, siteth not down first,and counteth the cost,whether he have sufficient to finish it?It is my prayer to be able to establish a good local New Testament Baptist church,which will take some time.I thank you all for your patience,continued prayers and support while I seek God's perfect will in all of this.

This month we scheduled to go to moslem villages and preach the gospel because is their holy month of fasting.We went street preaching all around Chilipa,stopping at different villages telling the gospel to all who came by.Some people didn't want to hear anything that we had to say,and some were glad to see people out telling others the good news that Christ came into the world to save sinners.One young man walked up to me asked what we were doing.I told him we were telling people about Jesus Christ and what he came to do.I then asked him if anyone had ever taken a Bible and shown him how to be saved,he said no.I proceeded to talk to him and about 20-25 minutes later he was praying and asking God to save his soul from hell.Hallelujah!!!! In all we were able to see 24 people trust the Lord Jesus Christ for salvation.

Please pray for the following; 1.The construction of our church and Bible Institute.
2. Bibles for the new converts.
3. Medical missions.
4. Food,Clothing and School fees for the Orphans.

Once again I thank you all for all you've done to help me and the people of Malawi,with your prayers and support you make the Lord work easier or maybe go a little farther or I can do little more.Unfortunately words fail to express my gratitude for you and all you've done.May God greatly bless the Schenimann and Miller families,Pastors and all prayer partners of Stoney Baptist church NC and Bible Way Baptist Church FL. ''For God is not unrighteous to forget your work and labor of love which you shown towards His name,in that you have ministered to the saints and do minister.''Hebrews 6;10

In the service of Great God and King,


May 5, 2013 the bible institute began in Sharp Valley Malawi Africa.  There were nine men attending from area churches.  The institute will continue for six months meeting every other week; giving the men time to attend needs at home such as crop planting and or harvesting and caring for the family. The men stay at the institute during the week with food shelter, etc provided by the ministry.
Brother Harry Schenimann came from North Carolina USA and taught the first two weeks.  Joseph worked very hard at translating some of the English into Chichewa that the students could understand. Since then, Joseph and a qualified man from one of the churches have been doing the teaching.  The goal is to take men that are called of the Lord to be in the ministry and train them up in the way they should go.  To prepare them for full time ministry work.  2Ti 2:15  Study to shew thyself approved unto God, a workman that needeth not to be ashamed, rightly dividing the word of truth.  Joseph is confident that the Lord will continue to provide for the needs of the Bible Institute as He has been and promises in His Word.

In the middle of May a group of about 30 churches came together under the leadership of Joseph Maweta to launch Bread of Life Baptist Ministries.  These churches will work together to further the cause of Christ in the Ntcheu area.

After preaching at a funeral Joseph was invited by the chief of the village to come back and tell them more about Jesus and start a church.  Joseph and some men from Bread of Life Baptist Ministries arrived there on Saturday morning July 6th after a three hour transport ride, and then walking, climbing up the mountain with all the Jesus film equipment plus tracks and Bibles.  After passing out tracks and witnessing throughout the day they showed the Jesus film with a preached message toward the end.  About one thousand people attended and many came to salvation when the invitation was given.  Sunday morning Joseph held the first service in the new grass church that the people of the village had prepared.

With some seed money from Stoney Baptist Church in Hendersonville North Carolina Bread of Life Ministries is going to purchase 3 acres of land in Sharp Valley for a church which now meets in three different locations because they don’t have a building large enough for all to worship together.  This property will solve that problem.  Also, there will be space for other buildings such as the Bible institute and a home for Brother Joseph and his family.

Watch for the pictures of the property!
Posted by Unknown at 10:22 AM No comments:

Kick off for Bible Institute

During the month of May I had the opportunity to participate in the newly dedicated Bible college in Malawi Central Africa.  I had the privilege of working with Pastor Joseph Maweta founder of Bread of Life Baptist Ministries Malawi.  See pictures below.

Posted by Unknown at 6:22 PM No comments: